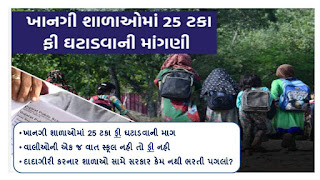 Following Corona, offline education is currently closed in the country. There are some arrangements for online education but they are not enough. The issue of fees has been raised in schools in the new semester. When the state’s private schools are collecting fees, what is the government doing? That is the opposition of the people.

While offline education is currently completely closed in the state, parents are confused about the new academic session. Will the government pay for opening schools? No explanation is being given by the mechanism. It is unknown at this time what he will do after leaving the post. At that time, some private schools in the state are charging full semester fees. They are not willing to reduce fees even though education is affected.

The crisis of Koro and the lockdown have already led to a huge increase in the economic hardships of the people, even the employment of many genuine people. Jobs are disappearing.

The common middle class of the country lives with the same hope that their children will get higher education and their lifestyle will not be like theirs. For this they put their children in private school for the dream of a good education despite the expensive fees.

But as the private school administrators know that the tendency to do business only instead of education has awakened, the hapless fees are being collected without understanding the grief and pain of these parents. Although most of the schools are currently closed for education, no reduction in fees has been made, and the issue of collection of fees has already come up before the government. So the question is why the government is not intervening and freeing the parents from this grandfathering. The parents expressed their grief before vtv.

Many private schools in Ahmedabad and Vadodara have been accused of pushing for fees. In Ahmedabad, there were allegations that schools were collecting more than the amount fixed by the government’s FRC. In particular, parents have demanded at least a 25 per cent reduction in fees during this time. People in Vadodara are also demanding the same. Parents of Gujarat Public School had protested against the office of the District Education Officer.